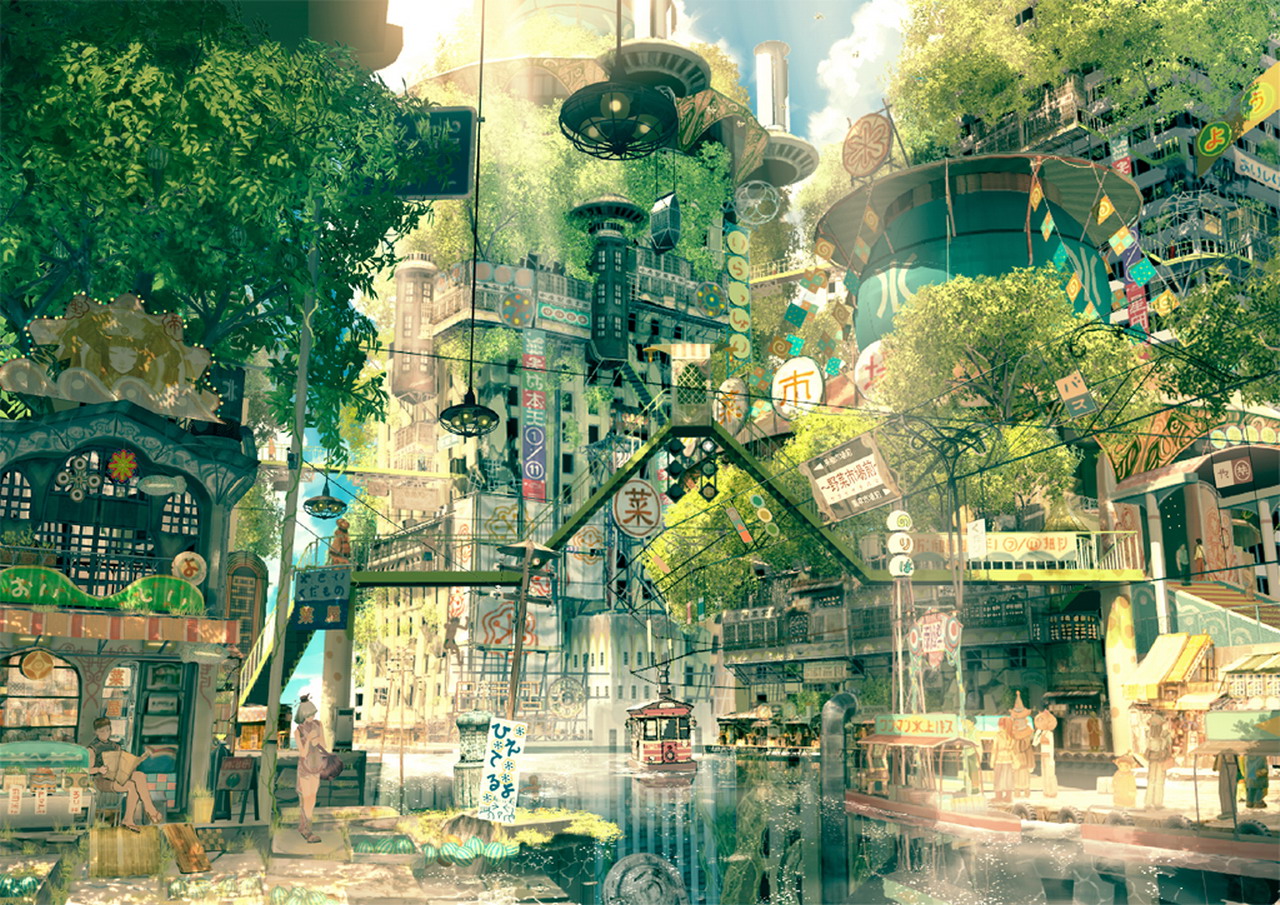 Our tale unfolds in the eastern lands of Creation known as River Province, also known to many as The Scavenger Lands. This is a large and diverse land. Fierce and independent, these lands brook no interference from the Realm. Centered on the Yanaze and Yellow Rivers, from the Noss Fens to the Inland Sea east and west, from the southern border of the Kingdom of Halta to the northern border of Harborhead north and south.

River-Shore Trading Town
A port town located 50 miles south of Great Forks along the shores of the Rolling River. It is a trade outpost for The Guild, serving as the last resupply stop for river trade before reaching the confluence of the Rolling and Yellow Rivers.  The town has flourished since its founding as a refugee encampment shortly after the Great Contagion. It has a bustling fishing industry, thriving orchards, and a famous vine yard. The town is under the protectorate and governance of the City-State of Great Forks.

The City of Temples
Great Forks lies at the confluence of the Yellow River and the Rolling River. The City of Temples (as it is known to savants) is a place of celebration. Gods of all sorts have shrines and followings here and the festivals thrown for them often span the city in their decadence. Indeed the city is ruled by Three powerful Gods with a council of statesmen beneath them. The average citizen is well-educated, many are literate and are mildly condescending towards outsiders but not unkind. The economy is carried by a form of limited slavery, but even most of the slaves feel lucky to live in such a center of learning and culture.
A little over a decade ago the army of Great Forks was wiped out nearly to a man. What passes for an army now has been woefully untested. Very few veterans are left, and the city's rulers know it. They work very hard to maintain good relations with neighboring kingdoms.

The Thrice Blessed Empire
A large city state surrounded by three vast circular walls of First Age construction. A burgeoning and prosperous Empire that has flourished since the fall of the Shogunate. It is located on the eastern border of The Hundred Kingdoms, and tributaries of the Yellow river flow into it’s walls. Its a week's travel by river boat east of Great Forks. It is a signatory of the Confederation of Rivers, yet contact with the outside world has been limited for the past two decades.

Biographies, descriptions, and rules of the relics, past, and sacred spaces of our heroes.

Ascendant campaigns can view previous versions of their pages, see what has changed (and who did it), and even restore old versions. It's like having a rewind button for your campaign.

We've already been saving your edits, so if you upgrade now you will have instant access to your previous versions. Plus, you have our no risk refund guarantee , so there's nothing to lose.

I'm sorry, but we no longer support this web browser. Please upgrade your browser or install Chrome or Firefox to enjoy the full functionality of this site.